This release of Material Design In XAML has taken way longer than I hoped, and contains less than I had hoped, so I apologise for that.  I’m trying to follow SemVer, and a couple of breaking changes meant it was time to tick over to v2.  Up until now I’ve been keeping to small, regular releases, but knowing it was time to go to v2 I thought I’d go for a big, showcase release.  I failed.  In assigned issues to the milestone I bit off way more than I could chew, even with the help of my (awesome) contributors.

I read a tweet a while back saying someone couldn’t trust an open source library as the versions had ticked up high; indicating API instability.  There’s no doubt some truth in that, but in holding back a release (maybe so you can batch together several API changes) you start encountering the pitfalls of those longer release cycles.  Remember, that most open source projects are side projects, and time can be in short supply.  To be honest, I became a bit disheartened because I started realising I couldn’t deliver everything I wanted in this release.

So, I decided to draw a line under what we’ve got, roll the release, and get back to the shorter release cycles.  I try hard to keep the public surface of the library stable, but in the future, when it’s time to move, I will move more quickly.  Even if it means ticking over SemVer more regularly. 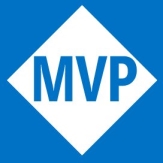 The good news.  The release is still pretty awesome.  New Chip controls, new Toggle styled listboxes, and many other enhancements.  Also, I’ve been privileged to receive a Microsoft MVP award for Windows Development.  I’m pretty stoked about this, it’s definitely nice to get some recognition for the open source journey I’ve been on over the last few years.  A big thanks is owed to everyone that’s helped this library grow and become something referenced in a lot of WPF systems.

Version 2.0 is now up on nuget.  Download and enjoy!

The full release notes are on GitHub.

One thought on “SemVer, MVP and finally, Material Design In XAML 2.0.”